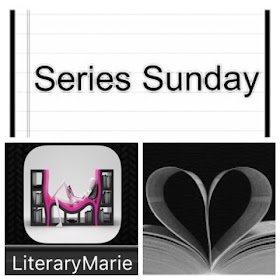 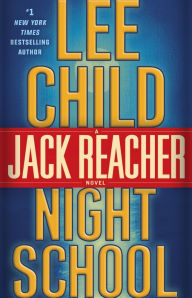 My Series Sunday pick is Night School, the 21st book in the Jack Reacher series by Lee Child. Flashback to year 1996 when Jack Reacher was only in his 30s serving in the United States Army. In the morning they give him a medal; in the afternoon he is enrolled back in school and off the grid by that night. He is whisked off to a secluded location to work on a group mission. Also in the classroom is Casey Waterman (FBI) and John White (CIA). All three are fresh off a big win and first-rate in their respective departments.

So what is the case? Why were these three people cherry-picked? Because of an overheard message in a sleeper cell located in Germany: "The American wants a hundred million dollars." Reacher, Waterman and White were recruited to find that American before an act of terrorism happens.

My goodness, the level of non-stop action and suspense was high considering the times Reacher and his night school buddies followed fruitless leads. The story took off on a steady pace once the setting, introduction of characters and layout of the mystery was explained. Some may deem it slow but I preferred its pace so I could absorb what Jack Reacher was all about and follow the complex case. I say it was well done because now I heart Jack Reacher even more!

"Whatever worked. Whatever got you through the night." ~ pg. 234

I normally don't do this but since Night School is a prequel, I skipped way ahead and read it out of order. There was no way I was reading 18 or so books before this new release. And I am glad I did! I have a deeper understanding of main character Jack Reacher and how he started off. Why he acts the way he acts and where his zero tolerance for bullshit comes from. Most of all, it was exciting to see that Jack Reacher maneuvers inside and outside the law from day one. The man has skills and intelligence!

Some bookhears are sticklers for reading books of a series in order. And yes, usually I am included in that statement. But if you are unfamiliar with the Jack Reacher series by Lee Child, then go ahead and read Night School next. Thank me later because it is sure to be your new favorite mystery series. The New York Times calls this thriller series "utterly addictive." We can't both be wrong.