Teaser Tuesdays is a weekly bookish meme, hosted by MizB of Should Be Reading. Anyone can play along! Just do the following:

by Louisa May Alcott is my fave classic. So I was uber giddy when I received the ARC of The Little Women Letters

. It's like the modern version of how the March sisters would have lived. In fact, it is about Jo March's descendants.

Older sister, Emma, is planning a wedding. Younger sister, Sophie, is preparing to launch a career on the London stage. Middle sister, Lulu, is stuck in a rut with no romantic prospects and working at a dead-end job that is soon to close. Their mother, Fee, asks Lulu to find old family recipes in the attic. While searching in the dusty attic, Lulu stumbles across a collection of letters written by her great-great-grandmother Jo March. Through the letters, Lulu finds guidance and learns more about her family history. The Atwater sisters are much alike the famous March sisters.

To fully appreciate and enjoy this new release, I suggest you read the classic Little Women first. I must warn that is very slow paced. However, it is still a worthy read that book clubs may enjoy. It hits stores June 7. Click on the link below or the picture above to add to your wish list or pre-order a copy.

Posted by Literary Marie at 9:35 AM 2 comments: 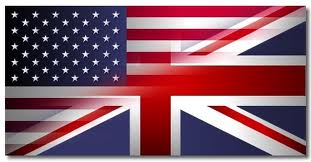 Everyone knows I'm completely obsessed with the UK. "US vs. UK" was created by Jenny from Wondrous Reads and it compares covers from books released in the two countries.

by Gabrielle Donnelly. The US cover shows a coat rack with lightweight jackets. The background is a beautiful aqua shade. It reminds me of a pool or beach house. The UK cover is dainty. It reminds me of a classic. A girl is sitting comfortably on the floor reading a letter. While I love the vibrant colors of the modern US cover, the UK cover seems more fitting.


Which cover do you favour?

My Series Sunday pick is Holly's Inbox, the first book in the Holly Denham series. Holly is hired as a receptionist at a large British corporate bank. The lobby area is constantly busy, so it is hard to chit chat with co-workers around the water cooler. E-mail is the next best thing!

It's like Bridget Jones meets You've Got Mail with a British flair. This is my first book read written entirely of e-mails. At first it was hard to follow. The "to," "from," and "subject" fields were distracting, but necessary. There are no chapters either. Instead the format is divided into months and weeks (Month 1, Week 3). Another deterrent was the thickness of the book. It was like carrying around a dictionary! Chick lit is not supposed to weigh this much. How can I be chic in heels lugging around a 600+ page paperback?! But after the first month, I caught on; it was smooth reading from there and I stopped carrying it around.

Through the e-mail correspondence, I learned each of the characters really well. It's like a daily soap opera. If you're interested in this funny read, visit www.hollysinbox.com for an excerpt. It's a great way to see if you like the format and content. Have fun browsing the site and the chat forums.

Pssst! This book is actually written by a middle-aged man named Bill Surie. He initially created www.hollysinbox.com as a marketing tool for his recruitment agency. After terminating one of the employees, he went through her e-mails. She hadn't been doing any work! Just gossiping and writing e-mails all day long. Something clicked in Bill's head. What if these were made public? He started writing and Holly's Inbox the novel was born.

Check out the trailer below for the sequel Holly's Inbox: Scandal in the City

First Lines Friday is a new bookish meme hosted by yours truly, Literary Marie of Precision Reviews. I encourage all of my fellow book bloggers and bookhearts to play along.

"'No. No. Oh, hell, no.' I'm standing upstairs in my office when I spot someone in an oversize hoodie and low-slung pants paint ORNESTEGA in puffy silver letters on the flat red bricks of the building across the street. Which is a church."

~ If You Were Here: A Novel

Posted by Literary Marie at 1:25 AM 5 comments: 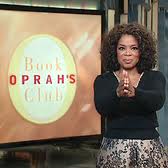 Today was the finale of The Oprah Winfrey Show. Do you realize what that means? No more Oprah's Book Club. **insert sad bbm face** But don't stop reading! I'm still here! Plus you can catch up on reading Oprah's ten favorite books from the past decade. Click the book cover to add to your wish list, to purchase, or to view the description.