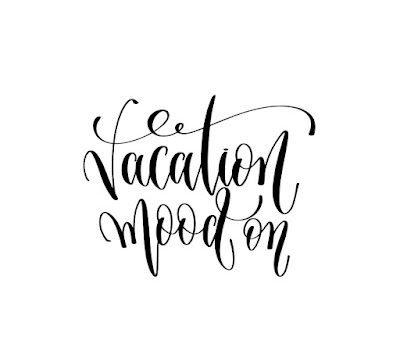 Sometimes I Trip On How Happy We Could Be 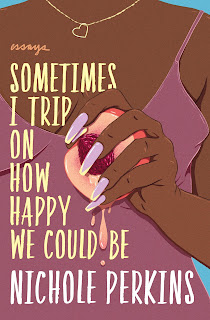 "We both let that sentence sit on the table between the salt and pepper shakers." ~ 17%
Nichole Perkins has an essay for everything relevant. Being a Southern black woman, online dating, physical health and shape, pop culture, friendships, depression, feminism and more. There is an essay for everyone to relate to. I see why Buzzfeed includes it in "Most Anticipated Books of 2021."
Journalist Nichole Perkins goes through twenty years of pop culture's impact on her life: music, media and the internet. She is unapologetic in her true storytelling. By the end of this memoir, readers will be left with self-awareness and confidence. I certainly am!
"Hear the dark liquor of her laughter rippling behind her sentences." ~ Saeed Jones
I live for this book title! It is one of my favorite lyrics of all time. So I chose to read this memoir based on the title alone. The came the cover art: brown glowing skin and long coffin-shaped nails with an outline design. Add the necklace with a heart-shaped charm and it was like looking in the mirror. What is in between of the front and back cover is nothing short of a good read.
Happy Early Pub Day, Nichole Perkins! Sometimes I Trip On How Happy We Could Be will be available Tuesday, August 17.

Title: Sometimes I Trip On How Happy We Could Be
Author: Nichole Perkins
Published: August 2021
Pages: 272
Edition: Galley
Rating: 🖤 🖤 🖤 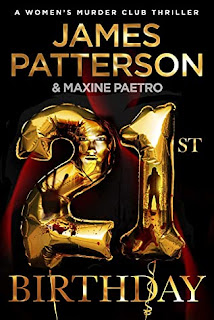 My Series Sunday pick is 21st Birthday, obviously the 21st book in the Women's Murder Club series by James Patterson and Maxine Paetro. Never make a promise you can't keep! Sergeant Lindsay Boxer vows to protect a 20-year-old victim long enough to see her 21st birthday.
"We have heard it too many times. It's referred to as TODDI. That's an acronym for the words, 'the other dude did it.'" ~ 82%
A distraught mother is convinced her daughter and granddaughter are missing and possibly dead, the husband being responsible. She pleads with Chronicle News reporter Cindy Thomas to investigate. When the bodies are found, Medical Examiner Claire Washburn has different theories. ADA Yuki Castellano paints the husband as a textbook domestic offender. But why are there copycat killings?
Great mystery when there is means, motive and opportunity. 21st Birthday reminds me of the earlier WMC novels. Unlike recent books, it gives every woman a perspective and "story time." Back to the good old basics! Bookhearts keeping up with this series, do not miss this one!
Title: 21st Birthday
Author: James Patterson & Maxine Paetro
Published: March 2021
Pages: 351
Edition: eBook
Challenge: Keeping Up with Patterson
Rating: 🖤 🖤 🖤 🖤 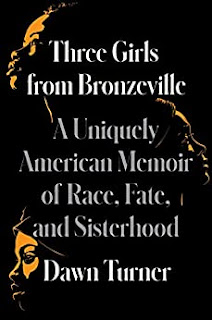 "I often think about my sister and my best friend. Not every minute. Not even every day. I mostly think of them when I am experiencing something I would have wanted to share."
~ Three Girls from Bronzeville: A Uniquely American Memoir of Race, Fate, and Sisterhood by Dawn Turner

Life of a Migraineur: The 4 Phases 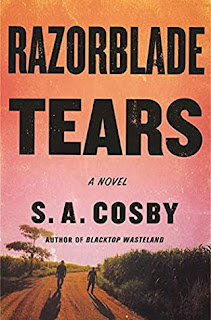 "I ain't ashamed of who I am. I'd like to think my boy picked that up from me." ~ 84%
Ike Randolph has been out of jail for 15 years now. He swore to live a model citizen life with not even a speeding ticket since being free. But it's never a good thing when police show up at a Black man's door unexpected. They deliver the news that Ike's son, Isiah, has been murdered alongside his white husband, Derek. Derek's father is suffering and angry. Buddy Lee is a whiskey-drinking redneck with ties to the underworld just itching to get revenge.
This unlikely pair joins forces to hunt and avenge the people who murdered their gay sons. With nothing in common besides being ex-cons and a fierce love of their dead sons, they band together for bloody revenge and confront their prejudices. This novel takes off with a gunshot bang and doesn't stop with the action suspense until the very end. Damn, it's good!
"Each drop felt like it was slicing his face open like a razorblade." ~ 7%
S.A. Cosby created a scenario that could unfortunately happen to two fathers in real life. The plot was not a stretch, making it quite an emotional read. Can you imagine hurting so deep that tears feel like razors? My heart went out to Ike and Buddy Lee in their quest to avenge their sons' senseless murders and bring justice by any means necessary.
Razorblade Tears would make an awesomesauce movie! I need to see the dangerous dads in action on the big screen. With characters names like Uncle Remus, Mini-Fro, Mr. Get Down, Tangerine, Light-skinned, Buddy Lee Jenkins and Ike Randolph, you can expect a colorful cast. TV/Movie Directors, contact me for suggestions—I know just the perfect actors for these roles and willing to offer my MasterClass screenwriting skills!
"Yeah, she's a defenseless damsel in goddamn distress." ~ 66%
Never a dull chapter in this new novel either. S.A. Cosby expertly weaved a tale of redemption with memorable scenes. Sometimes a forced alliance doesn't work in fiction. However, it adds an unpredictable element here. This is no good-cop-bad-cop duet. Buddy Lee and Ike are on a mission; may angels help whomever is in their way. Razorblade Tears is fast-paced so clear your plans for a weekend to get lost in its gritty pages. So worth it!
Happy Belated Pub Day, S.A. Cosby! Razorblade Tears is now available.