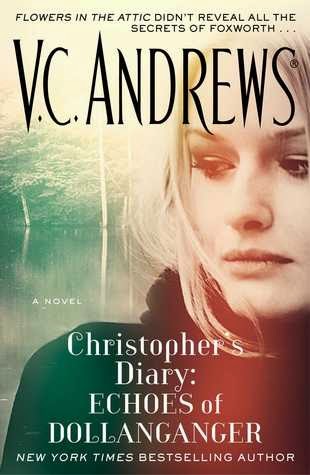 "It was almost as though the diary had the power to unmask me and cause me to reveal my own secrets, deeply personal ones I had yet to share with anyone, even my father." ~ pg. 5

My Series Sunday pick is Christopher's Diary: Echoes of Dollanganger, the second book in the Diaries series by V.C. Andrews. Again, this is the series that doesn't end. It just goes on and on and on, my bookhearts. Somebody make the ghostwriter stop...after The Diaries series ends.

Christopher Dollanganger's diary was discovered in the ashes of Foxworth Hall while it was being rebuilt. Kristin Masterwood is a distant relative. In this second installment of the series, she continues to read Christopher's diary to find out what really happened in that attic. Her boyfriend, Kane Hill, happens upon the diary and gets an idea. They should really experience what is being read by reenacting the diary's scenes and forbidden love.

I spent most of the book SMH at these kids but kept reading along. I was hoping more secrets were revealed but instead majority of the book was about Kristin doubting herself and reading the book with her boyfriend. *ONE BIG YAWN* But I won't give up on this new series yet.