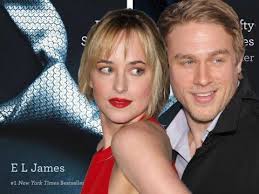 My Series Sunday pick is about the casting of Fifty Shades of Grey movie. Fans have speculated for months about which actor/actress would play Christian Grey and Anastasia Steele. So tons of Fifty Shades were disappointed (myself included) when news broke earlier this week of the main characters. There is even a petition with over 18,000 signatures! The role of Christian Grey will be played by Charlie Hunnam (Sons of Anarchy). The role of Anastasia Steele will be played by Dakota Johnson (Ben and Kate). The big-screen adaptation is set for release in August 2014.