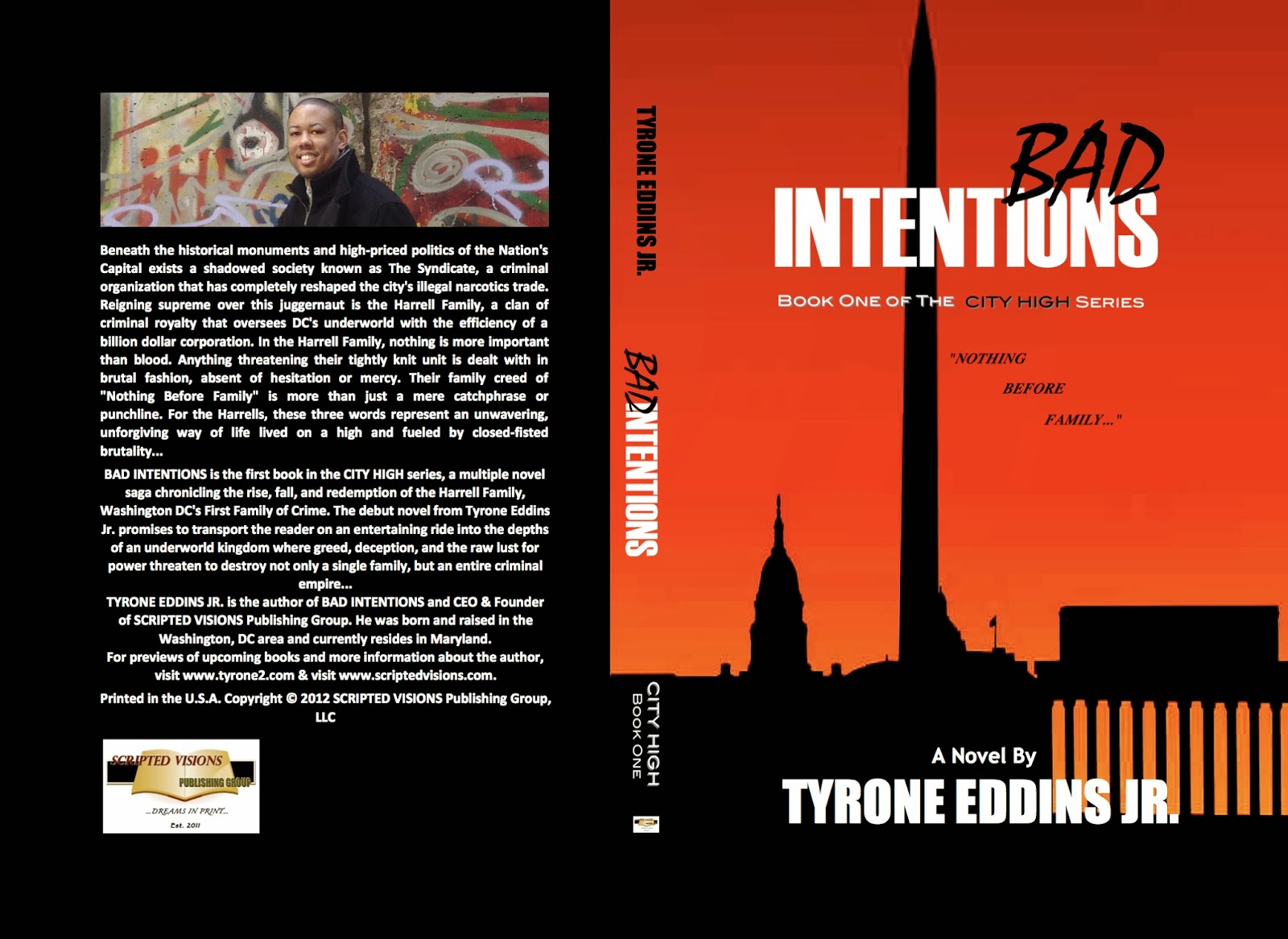 Description:
LIFE IN THE SHADOWS...
Beneath the historical monuments and high-priced politics of the Nation’s Capital, exists a shadowed empire known as The Syndicate. Reigning supreme over this juggernaut is The Harrell Family, a clan of criminal royalty that oversees the city’s narcotics flow with the efficiency of a billion dollar corporation. Seated at the head of the table is Ezra Harrell, the Family's patriarch and mastermind behind The Syndicate. Under the guiding hand of the respected and feared cartel boss, The Syndicate has corrupted some of the city’s most influential hierarchy and completely reshaped the city’s criminal landscape; making The Syndicate the most untouchable criminal organization Washington DC has ever seen…

NOTHING BEFORE FAMILY...
In the Harrell Family, nothing is more important than blood. Anything threatening their tightly knit unit is dealt with in a ferocious manner, absent of all hesitation or mercy. Their family creed of “Nothing Before Family” is more than just a mere catchphrase or punchline. For the Harrell Family, those three words represent an unwavering, unforgiving way of life…

FEAR OF THE UNKNOWN…
A ruthless killer is stalking the Harrells, slowly and methodically hunting his way to the top of their family. As the clock ticks, Ezra Harrell must do everything in his extensive power to escape his way of life and move his family to a safe place before time runs out. Ezra fears for his family’s safety, but his chief concern is his son, Santea, the heir apparent to the Syndicate throne. Ezra refuses to allow his only child to follow in his footsteps down a bloody path he wished he’d never walked himself…

About the Author:
Tyrone Eddins Jr. is the CEO and Founder of Sripted Visions Publishing Group. His debut novel promises to transport the reader on an entertaining ride into the depths of an underworld kingdom where greed, deception and the raw lust for power threaten to destroy not just a single man, but an entire empire. For more information, check out Tyrone's guest post on Series Sunday.