The Rise and Fall of Big Meech and the BMF 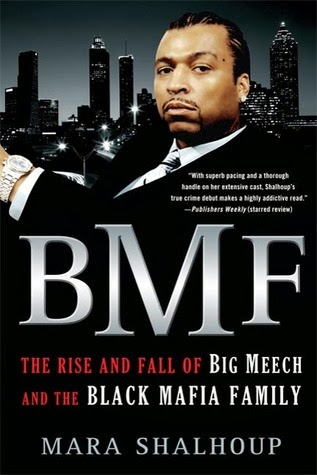 Brothers Demetrius "Big Meech" and Terry "Southwest T" Flenory built one of America's largest drug empires: the Black Mafia Family (BMF). The brothers started in Detroit and expanded to distributors in Atlanta, California, New York, D.C., Missouri, Florida, Tennessee, Kentucky, Alabama and the Carolinas. After nearly a decade, BMF had hundreds of crew members, a fleet of expensive cars and millions of dollars in drug sales. They associated with some of the biggest names in rap music and the celebrity world.

Author Mara Shalhoup painted a detailed picture of BMF and its leaders, the quiet Terry and his flashy brother Big Meech. The book is full of interesting information and name-dropping, though was sometimes repetitive in events. Like its title, it told the rise and fall of Big Meech and the Black Mafia Family in a literary documentary style.