Series Sunday: The Girl in 6E 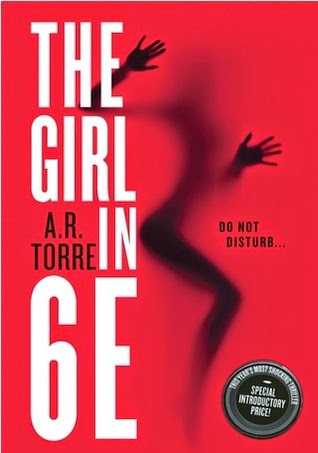 "You know those camming rules I mentioned? The ones I break with blatant disregard?" ~ pg. 100

My Series Sunday pick is The Girl in 6E, the first book in the series of same name by A.R. Torre. Originally titled On Me In Me Dead Beneath Me, this book is a thriller about a very recluse person who hasn't touched a human in over three years. But thanks to the internet, the main character has a 200-member fan club and a seven-figure bank account. A shrink diagnosed her with anthropophobia (fear of human interaction) and dacnomania (obsession with murder). EEK!  Perhaps that is why she stays hidden away, until one girl's life may depend on her venturing into society.

The Girl in 6E is not the typical suspense thriller. I learned new terms and rules about the world of camming. It is evident the author did research. Early into the book I figured out what would tempt the main character into leaving apartment 6E and interacting with humans again. But in no way did it take away from the story's progress. Well written and developed. I am pleasantly surprised at the ending. It did not leave on a cliffhanger but I am looking forward to the next book in The Girl in 6E series.