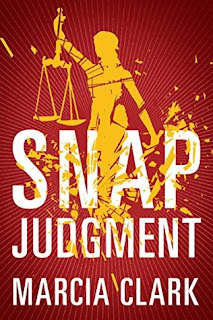 The daughter of a civil litigator is found murdered with her throat slashed. It's always the husband/boyfriend. But when he dies in what appears to be a suicide, authorities focus on a new person of interest: Samantha's friend and colleague. She will do anything to win the case including bending the law. But how much can she really trust her new client?

"But as far as I could tell, there was no such thing as foolproof—or risk-proof—given the parties we were dealing with." ~ 58%

Before I reached the halfway mark, I lost interest. I understand the storyline was to confuse the jury; but as a reader, I was confused too. Where exactly was this story going and can we get there quicker? The author's writing style wasn't necessarily the issue for me; it was the blah plot. I recommend this book only for continuity purposes. Let's hope it picks up in the next installment.