The Fifth of July 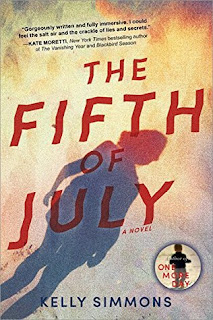 "Summer had barely begun, and it felt like it was gone already." ~ 75%

The Warners spent the past three decades of summers on Nantucket Island. Every one of them knew the island inside and out; every one of them had something to lose. So any of the Warners could have been behind the accident. Do they really want to know how, why or who?

The Fifth of July is told from multiple points of view, including the Warners, the caretaker and the cleaning woman. It was nice to get different perspectives but got confusing really fast. I am not a fan of multiple first-person accounts of the same story so it lost me. By the end of the book, I wasn't even sure if it fully unraveled. This book is unfortunately a pass, bookhearts. Although, I do recommend other works by the author.