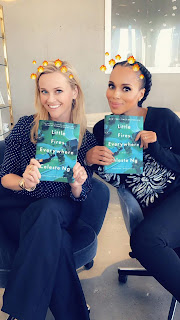 My Series Sunday pick is Little Fires Everywhere, the television mini-series based on the novel, Little Fires Everywhere by Celeste Ng. I am already pleased with the few details that have been released; for example, the casting seems on point. It will star Kerry Washington and Reese Witherspoon. There is no firm premiere date but the series is set to air on HULU in early 2020.

Bookhearts, if you have not yet read this book after my high praise recommendation back in 2017, then do so before the eight (8) episode mini-series airs. Circle back so we can chat!