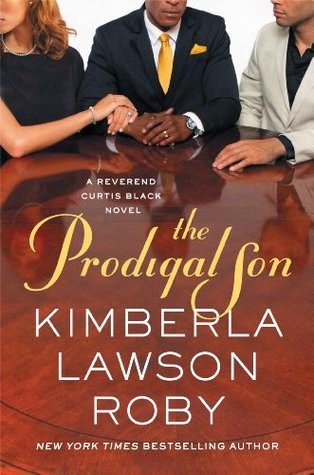 My Series Sunday pick is The Prodigal Son, the 11th book in the Reverend Curtis Black series by Kimberla Lawson Roby. Fans of this series may have guessed that Matthew is the prodigal son. He gave up a full, four-year academic scholarship to Harvard University to marry his girlfriend Raquel and be a young father. Estranged from his own parents, Matthew is realizing that marriage and fatherhood is nothing like he expected. When an old friend expresses desire for Matthew, temptation and repeating his parents' mistakes are likely. Meanwhile in the other Black household, first-born long-lost son Dillon is doing the most trying to win his father's affection. You thought Charlotte was a jealous-hearted plotter? Ha! Meet this dude.

Both sons are the center of this 11th installment of the series. It is always entertaining to read the shenanigans of the Black family, but it was especially nice that this book focused on Reverend Black's two sons and their relationships.

In the words of my bookheart Sidne, "Baby BYE." Do not question whether this is a worthy book to read. Just pick it up, turn the drama-filled pages and thank me later.


DISCLAIMER: This book was received directly from the publisher for review purposes only. In no way does it influence my review. The opinions I have expressed are my own.