Series Sunday: Blanche on the Lam 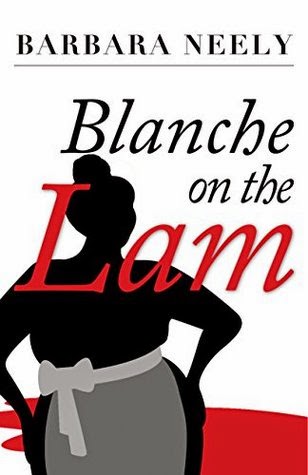 My Series Sunday pick is Blanche on the Lam, the first book in the Blanche White series by Barbara Neely. I heart series so I was happy when I got the opportunity to review the re-release of the first and second book in this mystery series. Plus the main character is a woman of color! Perfect Series Sunday pick for Black History Month. It starts off with Blanche in court—not as the good girl. She was being sentenced for writing bad checks. Escaping the courtroom through the ladies' restroom, she hides out working as a maid. When murder disrupts the wealthy household of her employers, middle-aged Blanche becomes the domestic worker/sleuth.

"If Diana could move from the welfare and the housing projects of Detroit to the top of the music charts and starring roles in movies, certainly Blanche could get herself out of this mess she was in, just as black women had been getting themselves and their people out of messes in this country since the day the first kidnapped African woman was dragged onto these shores." ~ pg. 76

Main character Blanche is funny, smart and a southern nosy charmer. She is a character you cannot help but like. I was skeptical of her character from the opening scene but the author did a good job of making readers like and trust Blanche. I will definitely continue reading this series.