The Truth and Other Lies 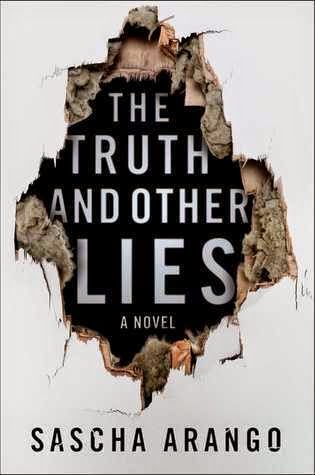 "Dig a hole and shit your secret into the hole. Then you'll be rid of it and not full of shit anymore." ~ pg. 32

To the public, Henry Hayden is a modest bestselling author. No one really knows he is a fraud, a liar and an unpredictable psychopath. Drastic difference, right? Well Henry is good at claiming and accepting praise for what is not his own. Only he and his wife know that she is the real bestseller. She's the one who actually wrote Henry's debut novel that made him famous. Their agreement worked; she has no desire for fame, he has no problem reaping the benefits of success. But their secret is threatened and the façade crumbles when Henry's mistress becomes pregnant. His plan to fix his life goes from ingenious to terrible.

Almost immediately the action begins and almost immediately I pity the main character. I don't always have to agree with the choices fictional characters make but I need to have some type of strong opinion about them. Keeping the title in mind, I wasn't sure whether to trust the narrator. It was different reading a thriller from the point of view of the psychopath.

The author, German screenwriter Sascha Arango, somehow lost me in the middle of the book. Maybe it was too many random characters or pointless scenes but The Truth and Other Lies is not on par with must-read psychological thrillers like Gone Girl, The Girl on the Train, The Dinner, and Silent Wife. It is not as sinister as these popular novels.

The Truth and Other Lies (translated from German to English version) will be released June 23, 2015. Add to your summer reading list if you're looking for an okay story.