From Book to TV: GCB 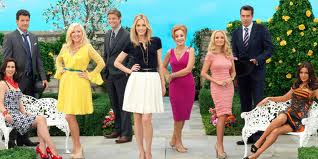 It is seldom that a book becomes a successful television series. GCB joins the short list. Good Christian Bitches was originally published by Kim Gatlin in 2008. Amanda Vaughn returns to her Texas hometown after her cheating husband dies in a car accident. She is greeted with old friends and family. There is more than Bible study going on behind the closed doors of these Christians.

GCB airs Sunday nights on ABC. Check out the video below of my favorite scene.

Posted by Literary Marie at 6:00 AM