Author of The i Tetralogy, Down to a Sunless Sea, and This Möbius Strip of Ifs

Welcome to Literary Marie's Precision Reviews. Today we have a special guest post from Mathias Freese, author of This Möbius Strip of Ifs, winner of the 2012 National Indie Excellence Awards in the non-fiction category and a 2012 Global Ebook Award Finalist. 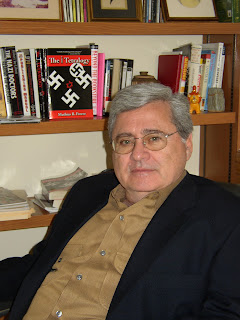 “. . . [T]hey introduced me to Krishnamurti fifteen years ago, by lending me a (now) tatty edition of his The Flight of the Eagle, which although baffling and to some extent unnerving me at the time, has led a direct path to the text I now write.” Roland Vernon, Star in the East


Since 1975 I have been reading the works of Krishnamurti, spiritual teacher and remarkable human being. Often we are surrounded by rather unusual people in our culture or the cultures of other peoples who we know nothing about. And then they die, and we die. When you read history, you muse about the life of Spinoza, for example, writing his philosophical work and then passing on. Often unknown to the world at large, these brilliant isolates, like Spinoza, are known to a few, most likely friends or family, and yet a hundred years later they have shaken the world with their ideas. Such was Krishnamurti.


His influence grows ever more and colleges have introduced his works into their curriculum, but he is hard to categorize, define, corral or explicate, as most unique people are. I have learned a great deal from him over the years; he has opened my eyes much more than they would have been. At the tip of my tongue are some of his insights: all societies are essentially corrupt, the observer is the observed (think on that one for an hour!), look as if it were for the first time (good for therapists and better still for family and relationships), the word is not the thing itself as well as the elusive and enigmatic, for we mere mortals, choiceless awareness.


After his death in 1986 at 90, the Krishnamurti Foundation continued to produce a plethora of materials, especially his recorded talks and writings; they are endless. The books that I have found quite telling are Think on These Things, The Flight of the Eagle and The Awakening of Intelligence. Read these three in this order and you either quit on him or have your pistons shut down. His teachings have saturated who I am as to raise high my good cholesterol, delightfully insidious. When I am stressed or experience angst, the fear of fear or the fear of death, I return to his writings. A disciple of his, Pupil Jayakar, wrote a biography of him which was given to me in the 1980s by a class that knew my fondness for K. They inscribed their feelings about me on the inside book covers which is interesting to read 25 years later. However, I am rereading the book once again; a chapter a night, for one has to go slowly with K. Here is one quotation I underlined last night.


Krisnaji asked: “If you knew that you were about to die, what would you do? Can you live one hour completely — live one day — one hour — as you were going to die the next hour? But if you die so that you are living fully in this hour, there is enormous vitality, tremendous attention to everything. You look at the spring of life, the tear, you feel the earth, the quality of the tree. You feel the love that has no continuity and no object. Then you will find in that attention that the ‘me’ is not. It is then, that the mind, being empty, can renew itself.”


Let me assure you that this is accessible K, for he can lacerate your mental structure, sense of being through relentless and laser-like questioning that has no other purpose than to make you see.  Nor is he the soothingly ethereal musings found in Gibran’s The Prophet. He is not a Western philosopher as we know it. Surpassing Socrates in several aspects, he pushes us to see what is, in the moment, right now, to observe our minds at work, how we go about thinking, how we project upon the world all our jangled internal projections and misperceptions. It is much more, to my eyes, than merely examining one’s own self. And that is why, in some instances, western cultures find it hard to digest what he is dealing with. I still struggle with seeing. In any case I have returned to him from time to time for he provides not solace – he is not a sentimental thinker, but a kind of reaffirmation of questioning as a way to get at core issues, which is to my liking. Answers are given on tablets and handed down to slaves. What if the Decalogue was composed of ten or more questions? What larks, Pip, what larks!


As I go about aging, as I do my slow tango to non-existence, I choose not to waste my time any longer on seeing meaning in what I have been, done or doing, or accomplished, really irrelevant. I am more concerned in living the moments I have each and every day not in the pursuit of happiness, nirvana, or moaning mantras which are all ridiculous. I seek no respite, no relief, no pleasure, nor transcendental aims. Krishnamurti is about the awakening of intelligence, and we know how difficult that can be; but he is also suggesting that we maintain an ongoing internal dialoguing with ourselves; that we listen on levels that are at the edge of quantum physics; that we dare not live the kind of life he lived for a while, a designated and anointed Theosophist messiah, for he detests models, icons and disciples, the appalling regimens of authority.


K solely engages us to make our way in the world free of all conditioning, the pollution we face daily with the media and the fish bowl we live in with other human beings; that we march not only to the sound of a different drummer, but that indeed, we become the drummer and drum, the music, the rhythm and the harmony (the observer is the observed). What I admire about this spiritual genius is his diamond-hard injunction to be in the world, or as he said in the title of one book, you are the world.


The fact that such an uncanny man has lived in my time gives me some hope that humanity may yet have something going for it. He was no god, he was mortal, and for me that carries greater weight than any god created by man. I read his works for insight, for I am not a follower. Luckily for K, in any other century he probably would have been turned into a god. When he was cremated his ashes were spread in Ojai, California, England and in India, countries in which he taught for all of his life. By this time if he had a grave, there would be a mausoleum above it, and all the appurtenances of a “god.” Such is mankind.
~~~
This Möbius Strip of Ifs is available on Amazon.com ($10.95 for paperback; $9.99 for Kindle edition) and at Barnes & Noble ($10.95 for paperback; $9.99 for NOOKbook).

Visit www.mathiasbfreese.com and check back here tomorrow for an essay from the book.