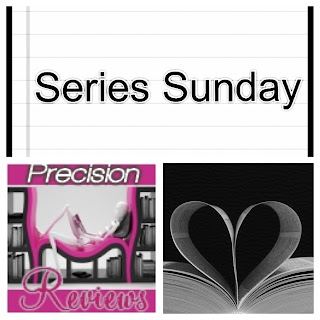 Welcome to Literary Marie's Precision Reviews. Today we have a special guest post from John A. Heldt, author of The Northwest Passage Time-Travel Series.

Guest Post:
If there is one character in my Northwest Passage time-travel series that stands above all others, it is the red-blooded, all-American male protagonist of The Mine. Joel Smith, a cocky, fun-loving, time-traveling college senior from the year 2000, dominates my first novel and sets the stage for its sequel, The Show. He is the only character who will appear in every book of the planned five-part series.
But as I marketed The Mine, The Journey, and The Show this week and outlined The Fire, my fourth book, I noted something for the first time. Though a male character occupies the most visible real estate in the series, females occupy just about everything else. Put differently, Northwest Passage is largely a series about women.
Creating female characters representing all ages and walks of life has been both a treat and a challenge for me as a male author. The challenge part is pretty obvious. No matter how well men think they understand women, they really don't. No matter how well they think they can write about women, they usually can't – at least without serious help.
Fortunately for me, I've had such help. I've benefitted from the guidance of female friends and relatives who understand what makes a compelling and believable female character and what doesn't. The result has been three books filled with engaging, intelligent, sympathetic women.
No character in the series has been more fun to draw than Grace Vandenberg, Joel Smith's girlfriend and future wife. The heroine of The Mine (set mostly in 1941) and the protagonist of The Show (set mostly in 1918 and 1919), Grace evolves from a shy honors student wrestling with grief to a decisive, courageous woman who battles through several gut-wrenching crises and challenges.
Grace assumes several roles in the series: niece, friend, fiancée, wife, mother, and, oddly enough, daughter. Through the magic of time travel, the orphaned daughter of missionaries meets her parents as young, single adults in The Show.
Grace is one of several admirable women in The Mine. Her best friend, Ginny Gillette, Joel's future grandmother, is a liberated, chain-smoking newspaper heiress who holds her own in even the toughest assemblies of men. Brainy, beautiful, and tough but kind, Ginny has been the favorite character of readers of The Mine since the book's release in February 2012.
Not far behind is Grace and Ginny's college housemate, Katie Kobayashi. The witty, resourceful Japanese American plays an important supporting role in The Mine and The Show as the friend and advocate of the protagonists. She is a model survivor, a person who overcomes the injustice of internment to better the lives of others.
Katie is one of at least four characters in the series readers see in their youth and as an older adult. Penelope Green Price is another. In The Show, Grace meets Penelope as both a spirited 89-year-old woman and an adorable 7-year-old girl.
Readers also see Edith Green Tomlinson at two stages in life. In The Mine, Edith is the cultured middle-aged aunt who assumes guardianship of Grace following the tragic death of her sister and brother-in-law. In The Show, she is the more intellectual and career-minded of two English twins who arrive in Seattle days after the end of World War I to pursue a college education.
Lucy Green Vandenberg, Edith's twin and Grace's future mother, is the free spirit with the sunny disposition and an eye for handsome seminary students. The friendship between the sisters and Grace, whom the twins know only as a fellow boarder, is among the most poignant in the series.
In no book, however, do female characters play more prominent roles than in The Journey, the stand-alone second novel in the series. Michelle Preston Richardson, 49, and Michelle "Shelly" Preston, 18, share protagonist duties in the tale of a wealthy, childless widow who returns to her Oregon hometown for a 30th high school reunion, accidentally enters a time portal, and finds herself in 1979 at the start of her senior year.
Distraught and suddenly destitute, Michelle gets a secretarial job at Unionville High School and sets out to right past wrongs and improve the lives of the young people around her, including her spirited younger self. As a person who dedicates herself to others and backs it up with action, she is the one of the most appealing characters in the series.
Young Shelly is arguably the most sympathetic. As a high school senior juggling classes, college applications, a domineering mother, and a controlling boyfriend, she faces more challenges in a single year than some face in a lifetime. Her transition from troubled teen to achieving adult brings an entire story into focus.
My Northwest Passage series is many things. It is a collection of books that combine time travel and history with romance and adventure. It's a series that gives readers a glimpse of the Pacific Northwest at four distinct times in the twentieth century. But it is also a place where you can find a variety of strong, compelling women. I encourage readers to give it a try.

The Mine, The Journey, and The Show are available on Amazon.com for less than $3.00 each. Visit http://johnheldt.blogspot.com for more information.