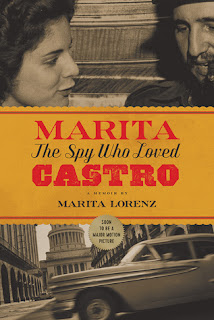 "Unreliable witness': that was the phrase a member of the Special Committee in the Lower House of the United States Congress who was investigating the assassination of John F. Kennedy used to discredit me when I gave testimony in 1978 under the protection of an order for immunity from prosecution. I was a witness to events, and more. I was close to the people and places that marked a turning point in political life in the second half of the twentieth century."

~ Marita: The Spy Who Loved Castro by Marita Lorenz