Series Sunday: The Pain of Others 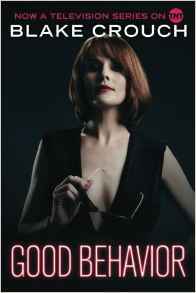 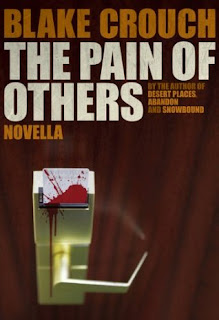 My Series Sunday pick is The Pain of Others, the first novella in the Letty Dobesh Chronicles/Good Behavior series by Blake Crouch. Letty is a gorgeous petty thief fresh out of prison and back to her old tricks. Her first "adventure" is burglarizing suites at a luxury hotel in North Carolina. Just her luck, as she is leaving the last room of the day, she hears the unmistakeable sound of a key card in the door. EEK! She grabs her duffle bag full of stolen cash, minibar bottles, laptops and tablets to hide in the closet. What happens next changes her life. Letty overhears a hitman being contracted to murder a wife. Should she save a life or go about her business? Morality is put to the test.

"It was like the pain of others attracted her. Filled her up with this black joy." ~ pg. 36

What a joy it is to read a book that has been adapted to TV/film in a satisfying way. Good Behavior is a prime example of when an author is fully involved the process of adaptation. The short story and pilot episode are parallel until the final chapters. For those unfamiliar, the show was pitched to networks perfectly by the author: "Bonnie and Clyde from Bonnie's perspective." Well damn said! The producer and directors are also to thank for adapting 46 pages of novella into a pilot script. Letty Dobesh is now a character that has earned a spot in my mind. Easily one of my favorite fictional characters and grifters of all time.

Good Behavior is the complete collection of all three (3) Letty Dobesh novellas. After each novella, author Blake Crouch adds commentary about the show and additional content. I need my Letty fix so this is the perfect way to tide me over until season two. Bookhearts, I highly recommend this novella series and the television series (aired on TNT) starring Michelle Dockery. A shoutout to my bestie Damey for recommending I spend an entire weekend binge watching OnDemand. Color me hooked!

"...long days and nights to help us make ten hours of television about a meth-addicted grifter who meets a contract killer and discovers that he may actually be her path to redemption." ~ pg. 7

Stay tuned for my upcoming reviews of the other two (2) novellas in the Letty Dobesh Chronicles: Sunset Key and Grab.