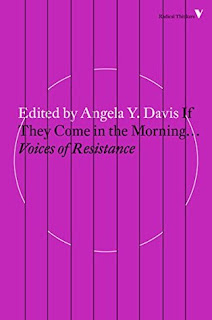 "Political repression in the United States has reached monstrous proportions. Black and Brown peoples especially, victims of the most vicious and calculated forms of class, national and racial oppression, bear the brunt of this repression. Literally tens of thousands of innocent men and women, the overwhelming majority of them poor, fill the jails and prisons; hundreds of thousands more, including the most presumably respectable groups and individuals, are subject to police, FBI and military intelligence surveillance."

~ If They Come in the Morning...Voices of Resistance by Angela Y. Davis