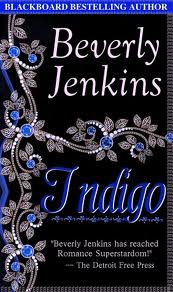 Detroit's own Beverly Jenkins never disappoints when it comes to historical fiction. Indigo begins with letters in the Prologue from David Wyatt to Katherine Wyatt. In the letters, David explains how he gave up his freedom and became a slave just to be with the woman he loves. The man chose love over freedom! Can you imagine? Their love produced a child named Hester, who was eventually separated from her mother. David pleads for his sister Katherine to find Hester and bring her north.

Fast forward 25 years later and the setting is Whittaker, Michigan. Hester is a station on the Underground Railroad. The legendary Black Daniel is wounded in her home. Slave catchers had been hunting Black Daniel for years because he led slaves north. He was one of the most successful conductors. It was a very dangerous choice to hide him, but Hester agreed. It isn't long before she realizes how rude and arrogant Black Daniel really is. But as he heals, he cannot turn his back from Hester, affectionately nicknamed "Indigo." The story takes us through the span of one year, their love and freedom.

I love historical fiction books by Beverly Jenkins because they teach history lessons. It is very interesting to read how the state of Michigan was years ago. Did you know that a freed slave's free papers were the most valuable documents? A person could be subject to kidnapping without them. Do you know the symbol that showed runaway slaves which houses were safe to approach on the Underground Railroad? If you have not read Indigo yet, grab it now for less than $6. Find out why Black Daniel chose the nickname "Indigo" for Hester (a history lesson in itself). It is a great read for Our History Month.

*NOTE TO NOOK FRIENDS: You may borrow my eBook copy of Indigo using the "Lend Me" feature. 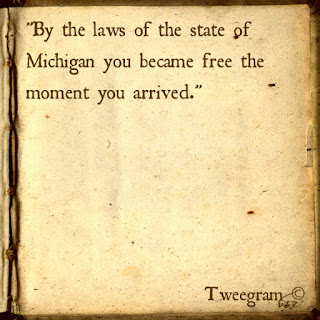