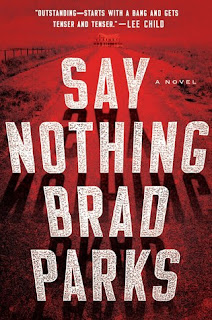 "That was all it took to rip our lives apart. Two minutes and thirty-two seconds." ~ 7%

Judge Sampson has a prestigious job, two healthy kids, a loving wife and a happy routine. For example, every Wednesday afternoon, Judge Sampson leaves the courthouse early to pick up his six-year-old twins for swimming. On one particular Wednesday, his wife, Alison, texts him that she will get the kids from school instead because of a forgotten doctor's appointment. Sure, this is out of the routine but the judge doesn't question it. Not until Alison comes home at 5:52 p.m. without the twins and insisting she never sent the text. So where are Sam and Emma?

What happens next changes the Sampson family's lives: a kidnapper calls. Sam and Emma are being held until the judge rules exactly how he is told in a high-profile case. He's been compromised! Besides following the instructions of the kidnapper, Judge Sampson and his wife are instructed to say nothing or they will never get the twins back. So begins the game of blackmail, suspicions, politics and corruption.

"It was like the fourth-floor hallway had become the lobby of a casino, and a high-stakes game of chance was about to begin. And none of them knew the tables were rigged." ~ 79%

Sometimes it is hard for me to think of the right adjectives to describe a book. Especially when the book is really bad or really, really good. From page one to page 448, Say Nothing had one word going through my mind while reading: unputdownable. Seriously. This book captured me like one of its characters and didn't let go until it was through with me. Say Nothing was the type of novel that I held in my hand while walking, eating and right before sleeping. This is no ordinary kidnapping story.

"At first, maybe, it seems like there's no good explanation for it. Then you start to wonder if there's some deeper reason why one particular arrangement of words has gotten to be so sticky." ~ 70%

This is my first novel read by Brad Parks and I am impressed (so much so that I downloaded his first published novel that received multiple awards). I thought the story would drag out since the book was nearly 500 pages long but Say Nothing was very well-paced. And unlike other long novels, none of the characters annoyed me. No unnecessary wording. No mindless dialogue. No distracting side plots. All interesting and relevant.

Like any good mystery, I tried to figure out whodunnit. I questioned which character was guilty or innocent, which character was truthful or a liar. Some of the actions of the main characters got a side-eye from me. Would I have really said nothing if I were the Honorable Judge Sampson or his wife? Would I have kept secrets hiding my involvement? Would I have done more than comply with instructions while hoping for the safe return of my children? I would certainly have reacted differently to some of the events but that's what kept me interested. Far as who did what, when and why, I was partially right but still surprised at the ending. And when I say "ending," I mean until the very last pages. What a suspenseful ride!