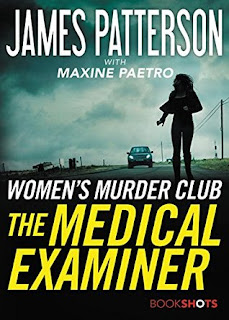 So this is the BOOKSHOT that I tried to skip. HAHAHA As I previously stated, these short eBooks fall in the middle of a series making it still necessary to read. Genius marketing on Patterson's part because readers can't just skip them. You'll miss a major/minor event that may come up in a future book. Plus it is always nice to check in with our favorite characters while waiting for the next book in series to release. So yes, bookhearts, read The Medical Examiner not only because it was good but because you have to when continuing to read this series.