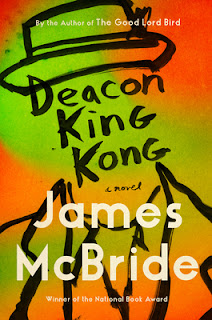 "Deacon Cuffy Lambkin of Five Ends Baptist Church became a walking dead man on a cloudy September afternoon in 1969. That's the day the old deacon, known as Sportcoat to his friends, marched out to the plaza of the Causeway Housing Projects in South Brooklyn, stuck an ancient .38 Colt in the face of a nineteen-year-old drug dealer named Deems Clemens, and pulled the trigger."