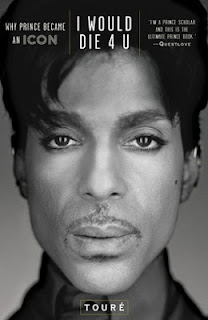 Prince. The Symbol Formerly Known as Prince. The Purple Rain god. The Creator of Sexual/Spiritual Music.

I Would Die 4 U: Why Prince Became an Icon is not a tell-all or biography. It is best defined as an unauthorized analysis of Prince and his music through research.